I have started editing the rough cut and have tendered estimates on the visual effects I need. This project is going slowly while I am attending university. I hope to connect with LIFT and the U of T film clubs to help move it along.

The River is now in the can!

Shot on-location at a seedy warehouse where high-stakes deals go down, we had a full (if small) crew in for a long day. Many of the crew (and a couple of the cast – shhh!) were secured last-minute but I can say without sugar coating it that they were all great to work with.

The River is a single monologue, a story within a story, filmed as a short to garner interest in the larger story, which I go into in greater detail in my Hazards of Dating page in Future Projects. The River is a poker scene. What do I mean “it’s a poker scene”? Well the poker scene is the protagonist’s’ big monologue. He will explain the ins and outs of dating  using Texas Hold’em Poker as an analogy – hence my very imaginative title.

It’s like this: if you are attractive, that is like having a better hand in life (Full-house anyone? Suck it “pair of three’s”!). If you draw some cards, that’s like changing a life circumstance . You could get something better -or it could be worse (better job, lose weight, GAIN weight, etc). The monologue is a voice-over while the audience sees the described events of a poker table on screen played as if the game were a direct reflection of what the narrator is saying.

Video was shot using a Red Scarlet at 4K – honestly WAY higher end than my directing (and funding) skills! Yet that’s what I had access too. Audio was recorded onto a Zoom H4N recorder with a RODE NTG-2 shotgun mic.

I am now in post-production, hoping to secure funding for the next step of production. While I could do the rest myself, I would rather pay someone who’s better at it than I am and do it right the first time. 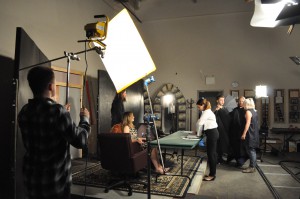 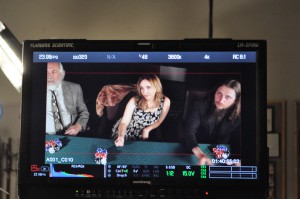 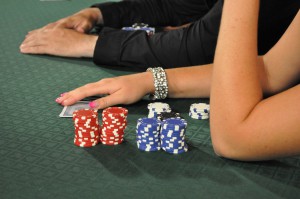 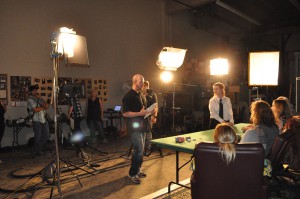 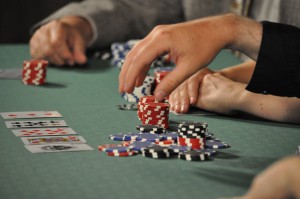 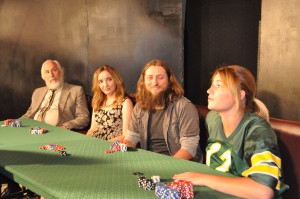