Marcus is cast as the Visitor (Elvis) and thrilled to get back on stage and meet new people in Toronto.

Picasso at the Lapin Agile is a play written by Steve Martin in 1993. It features the characters of Albert Einstein and Pablo Picasso, who meet at a bar called the Lapin Agile (Nimble Rabbit) in Montmartre, Paris. It is set on October 8, 1904, and both men are on the verge of an amazing idea (Einstein will publish his special theory of relativity in 1905 and Picasso will paint Les Demoiselles d’Avignon in 1907) when they find themselves at the Lapin Agile, where they have a lengthy debate about the value of genius and talent while interacting with a host of other characters. (from Wikipedia https://en.wikipedia.org/wiki/Picasso_at_the_Lapin_Agile)

The show went great; I made some new friends – very important in a new town – and had a good time. Best follow-up FB message from Scott the week after: “So 6pm at the theatre right? Please say yes.” We all had pretty bad withdrawal. 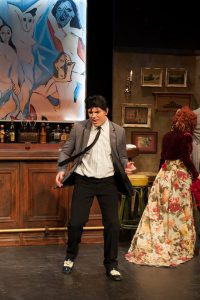 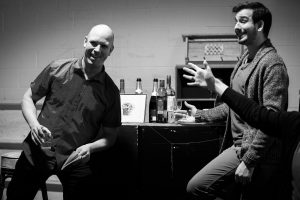 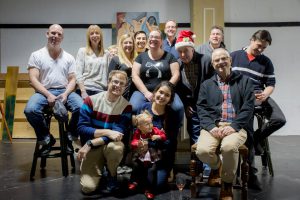 Just before moving into the theatre. Group love!

Banner that I’m not in – still a good banner though. 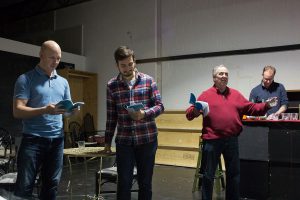 Rehearsal, pretty early on. We’re not off-book yet. 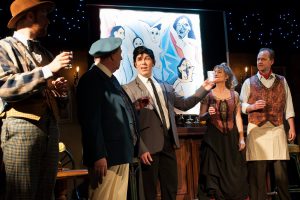 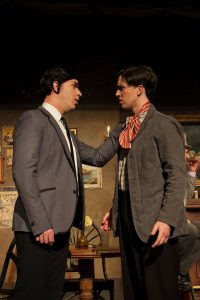 The King giving Picasso some advice. 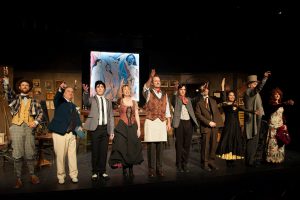