This is my first movie and is simultaneously my directorial, writing, producing, and indie film acting debut. No pressure right? I had a very supportive cast and we had a lot of fun filming it. Any errors are mine and mine alone. I feel I should point out that at the time I was involved in two plays so this is not my best acting work. In my opinion it’s pretty bad, but they say you are your own worst critic. I’ll let you judge.

Starsky & Hatch: Living the Dream is inspired by the original characters created by William Blinn from the Starsky & Hutch series produced by Aaron Spelling. I had a lot of ideas but didn’t really know where to start. I knew I wanted to make a movie but I didn’t know how. How do I start? How do I cast? How do I get people to do it?

I started by writing the script. As ideas came together, I started looking towards my friends for who would be a good fit for each role. Once I felt I was ready to start filming I started casting. As things go with indie films, what was possible also depended on what each person could bring to the production. Not just in terms of acting skills, but also stuff – like their car, locations such as a friend’s hot tub shop and so on.

I had initially planned to film it over the course of a month, filming Saturdays, Sundays, and one or two evenings during the week. Due to scheduling difficulties that was stretched out to two months, filming one or two evenings per week, and Saturday afternoons for about 4 hours a day. My actors were donating their time so all of us were working around each other’s schedules. This made scenes with more than two people difficult to film. Complicating ,matters were casting problems. My bad guy was recast 3 times. So each time s/he was recast, I had to rewrite the film’s scenes and the bad guy scenes. Bad guy recasting stretched filming out to over 3 months! I was out of summer and time. I also found I had to do some creative editing as scenes filmed earlier did not fit with later scenes because the story had changed. While I believe I caught all my continuity issues, the result was a shorter and less interesting film.

If you were wondering, the scenes that ended up being cut/re-written were a fight scene with a heroine in an office where she kicks some ass, a bike (motorcycle) chase scene, a group fight scene with a Stig-like bad guy, and a slow-motion 3-car burnout. What else could have happened is impossible to say because I could only write the ending once I had a bad guy (and the stuff they were willing to bring to the production).

I spent nine months editing this film. It was a huge task to take on, made bigger by the fact that I had never done any editing at all and knew nothing about it. Like most of us indie filmmakers, I was doing it myself for financial reasons. If I’d had money I would have had better equipment than a 720p camcorder and memo recorders for lav mics! I spent many hours watching YouTube videos on how to do things in Premiere Pro. I planned each special stage of editing to take a month because trials for PP add-ons (like After Effects & SpeedGrade) are one-month trials. So when I was ready to do my colour grading, I spent the month doing just that using my free trial. I did the same for visual effects, audio, and other components. I was mentally and motivationally exhausted by the time the film was complete. I had spent almost every weekend and most week nights working on it, ignoring my friends and social circle. I made the Calgary International Film Festival deadline by one week.

My music track was very successful. I hooked up with some great artists and have been complimented on my soundtrack by other indie filmmakers. Special thanks to P3 Ulver Kaos, Exit This Side, Loudguns,&  Dan Caetano, who were all very helpful in addition to their music. Releases are all signed, so I was able to meet my goal of posting this on a free-to-view platform.

I had a successful private showing for my friends and it was a blast. I was pretty nervous, and scared that my friends wouldn’t like it. They did (for the most part – I’m sure there was some friend-filtering about the bad parts). I got some good ideas and some helpful feedback for tweaking it, which I am thankful for. There was a little bit of tension in the audience as a more experienced filmmaker pointed out some things that should/could be better. I took that as a sign that my friends were supportive, and in all fairness he was right and I thanked him for his input.

My hope was to get into a film festival. I applied to 38 film festivals, spending a considerable amount of time, effort, and money. I am sad to say I was not accepted by any of them. While I was of course crushed by that, I also take it with a grain of salt. This is my first production, it did not have great video quality, or audio quality, I did the editing myself: learning from scratch (so not the best editing), and so on. I am now a better editor and filmmaker than when I started. I also had absolutely zero help from anyone producing it, no equipment, and no experience. These are not “excuses” but an acknowledgement of my starting point – and my product can only be as good as I am. I learned a lot and hopefully the next one will make the film festival cut.

Dave Starsky has been hounded by his name all his life and this is how he comes to terms with it. With the help of his friends, Dave learns to accept that with his name comes a weight of expectation that he can either continue to fight or embrace.

It is available here: https://www.youtube.com/watch?v=25TN3M0rFQw&feature=youtu.be 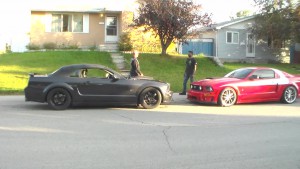 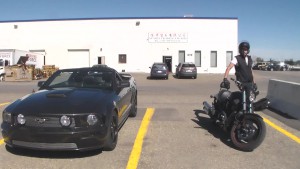 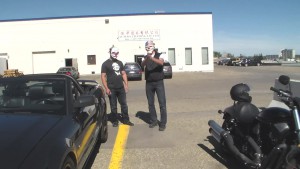 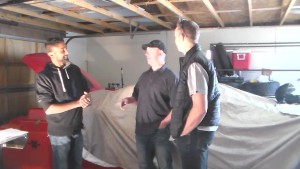 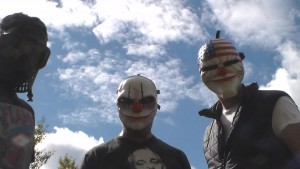 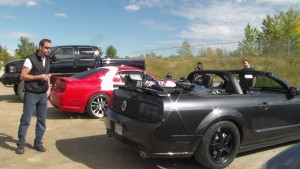 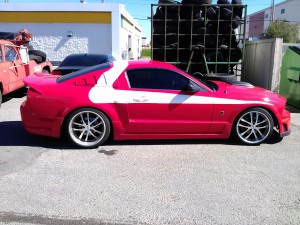 One of the Stars 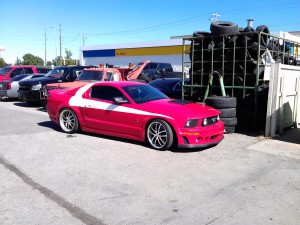